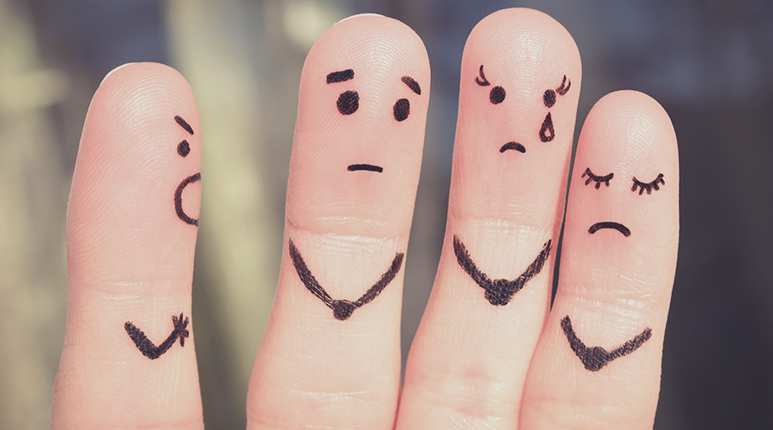 I’m ever-curious about what we need to suck up, verses what is simply NOT OKAY. In dealing with clients for over a decade and a half now, I have gotten some doozies, and there is more to “suck up” perhaps in client-facing scenarios than other work situations. I learned a bunch of techniques to make the client situations manageable. One of the life-saving books I have in my arsenal is Bullies, Tyrants, and Impossible People. I wrote about one type of “difficult” person here on kidCourses — the “situationally difficult” type of person. I am going to go out on a limb and say that both you and I can be “difficult” in particular situations. I was able to lend an EAR (empathize, ask questions, reassure without making false promises) to situationally difficult clients, “bring a buddy” on calls with a strategically difficult one here and there, and even (only once in my career) need to give up a client who was just truly impossible. (Check out the book, it’s fantastic. Spoiler alert: For the “truly impossible” people, the recommendation is to make an ultimatum and be prepared to break off the relationship if it is not met.)

Before I became my daughter’s next door neighbor, we had this routine whereby I would come by early in the AM with my two dogs. When they knew it was time to go over to her place, these little buggers would shoot their butts so fast into their travel bags because we couldn’t arrive there soon enough. Once at our destination, I’d get buzzed up, and my daughter would appear at the top of the stairs commanding “RELEASE THE KRAKEN!!!” and I would open the bags and both dogs would thunder up the stairs to her apartment. 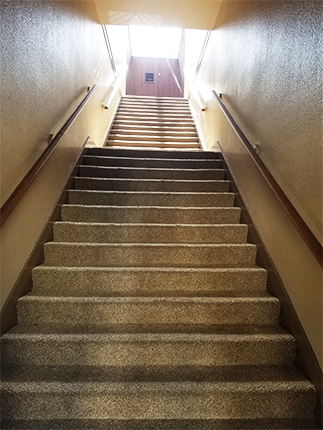 Well, one day I buzzed, but her neighbor came up just behind me with the key and entered the building before us. He headed up the stairs and (oops) my daughter emerged, crouched low and sinisterly bellowing “RELEASE THE KRAKEN!!!” 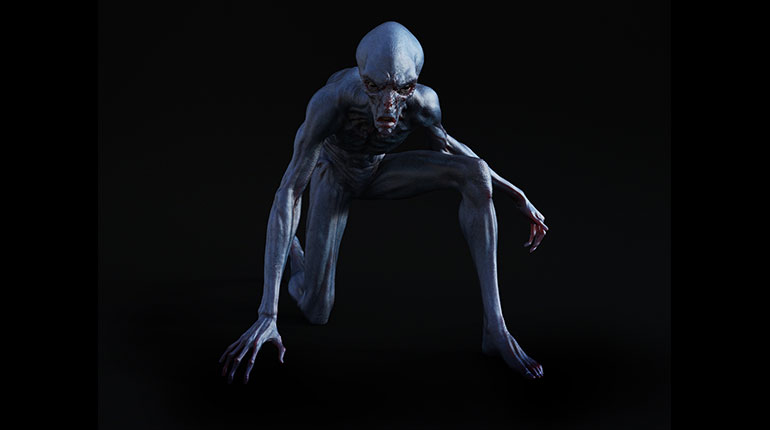 (I’m fairly certain my daughter doesn’t read my blog so I am ok with using this photo.)

The poor guy didn’t even know what to do with himself. When he could finally speak he said “That’s wasn’t nice. It’s not even Halloween.”

I mention this story to illustrate something we don’t have a lot of control over — our amygdala’s alarm system that goes off under times of stress. It’s the primal part of our brains that kicks in, shutting down our more advanced areas and sucking us into the narrowed vortex of fear-based responses.

Another fun fact is that startle reflex kicks in in less than 100 milliseconds.

We don’t want to habitually overdo the “he made me feel,” and point outwards for what goes on internally within us, but we do want to address that we don’t have control over automatic body responses — at least not in the moment.

Neuroception happens at a level we are not consciously aware of. Behind the scenes our nervous system is scanning for cues of threat versus safety. This happens before we perceive. We can do work to bring perception to neuroception, or we can do things that affect our Preparatory Sets, but it’s not going to happen when we are coming home sweet home and are greeted by “RELEASE THE KRAKEN!”

(The flip side of this story is that my kids were so amazed that I was not scared (at all…not once) when we went to a “Spooky Walk.” It’s because from moment to moment I was telling myself that something may jump out from there… or there… or there… I was on high alert. I knew to be. It wasn’t a surprise.)

If this “release the kraken” effect is happening to you at work it could be bullying. I knew of a guy who would swoop in loudly and unexpectedly, body-blocking in his “prey” and then toss half-baked insulting accusations and derogatory judgements until he got his way or they spoke up. (If they spoke up, he would get very defensive and call the other people “too soft” and “too sensitive.”)

Bullying at work is often exhibited as insults, derogatory remarks, and “verbal or physical conduct that a reasonable person would find threatening, intimidating, or humiliating.” For a great infographic on the different types of bullying go to EHS Today. 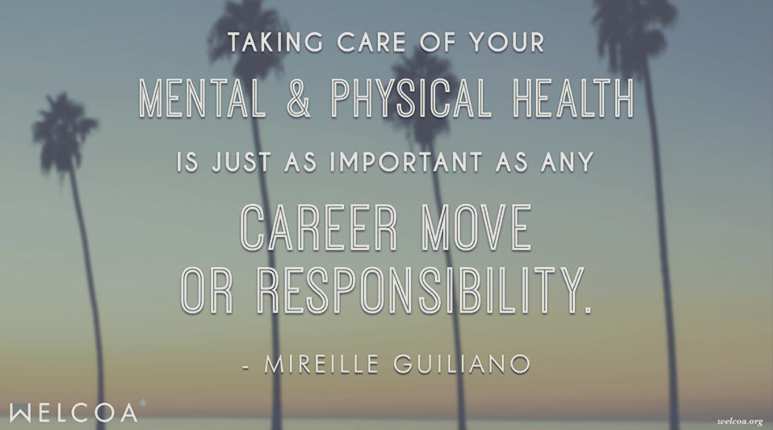 Always the science dork, and now a practitioner in the world of wellness, I know how bad stress is for us. Constantly sending our bodies into (and keeping our bodies in) fight or flight mode will do us in, over time. Instead of the acute stress that nature intended (short-lived for immediate survival) we find ourselves chronically stressed. It ruins us.

So how do we set boundaries and protect ourselves from the KRAKENS in our building and the KRAKENS in the workplace? Workplaces that exist where it is a badge of honor to overwork ourselves no less? (Set aside 33 minutes to watch one of my favorite videos on overwork.)

In creating the Start on Purpose workshop for Emanant Wellness, I did a bit of research on personality types. The most popular test is the Myers-Briggs test and personalities are defined based on: 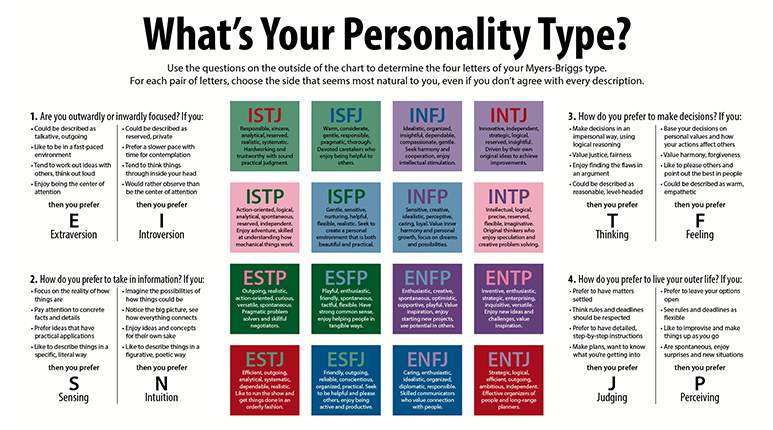 In the workplace, as in life, it is not solely about personality, but rather behavior. There are other assessments, such as DiSC, which focus on behavioral styles and differences. There are many modeling tools out there to help businesses put together highly performing teams — integrating personality, values, behaviors (and, I’m sure) much, much more.

So Where’s the Line at Work?

I have some familiarity with legal precedents that have been set, and would recommend you speak with someone who really knows HR (someone certified). Hire that person for a consulting session and get all the up-to-date answers that you are seeking.

I will tell you this: Any good company will have a policy against bullying and aggressive behavior. If you are bringing up a complaint and get patted on the head with “Now, now, it’s just a personality clash,” change the topic to the inarguable, observable behaviors that are being demonstrated. Below is a partial list from ChangingMinds.org’s list of aggressive body language.

In addition to aggressive body language, there is also verbal aggression. For an overview, read this Wikipedia entry, which notably highlights:

Workplace aggression can have devastating effects on an organization’s employees.[5] For example, it has been found that targets of workplace aggression report lower levels of well-being.[5] Other studies have shown that aggression in the workplace can cause the victims of such behaviors to suffer from health problems.[26] Bjorkqvist, Osterman, and Hjelt-Back even found that targets exhibited symptoms similar to those of post-traumatic stress disorder (PTSD), such as anxiety and depression.[6]

If you are making a go of handling the situation for yourself, this article on assertiveness from Mind Tools is an excellent reference.

If you are making a complaint, be careful to keep your cool and stick to the facts. In the article Responding to Workplace Bullying, the Role of HR, by David B Griffith, Allison Vaillancourt is quoted as suggesting:

“…don’t whine and be prepared with specifics. ‘Here’s what happened. My notes indicate this occurred on X date and X time and then again on X date and X time. Here is my log. Here are the names and contact information for the people who witnessed the behavior.'”

The author also cautions that the bully/aggressor will likely not be terminated after you report the incident(s), and in the comments, one reader cautioned that bullying and aggression sometimes becomes more covert. My view is that it is right to address this behavior and get it on record. This establishes a track record and also may prevent a colleague from having to deal with similar inappropriate behavior. A company with a strong HR department would at least train the aggressor on assertiveness, maybe even anger management, and perhaps body language. And on the flip side, companies should be cautioned about the financial toll bullying will take if unaddressed or inappropriately addressed.  For example, below is an excerpt from the PDF,  The Price of Incivility: Bad Behavior Costs Businesses Billions:

“Employees who were targets of rude and discourteous acts reported that these actions led to a reduction in work effort, work quality and overall employee performance. Four-fifths of respondents stated that they were preoccupied at work because of the incident, and an almost equal percentage said they were less committed to their employer because of it.”

In short, it’s basically a win-win for the company and the employee to face aggression and/or bullying head on.

How Can Companies Be Proactive?