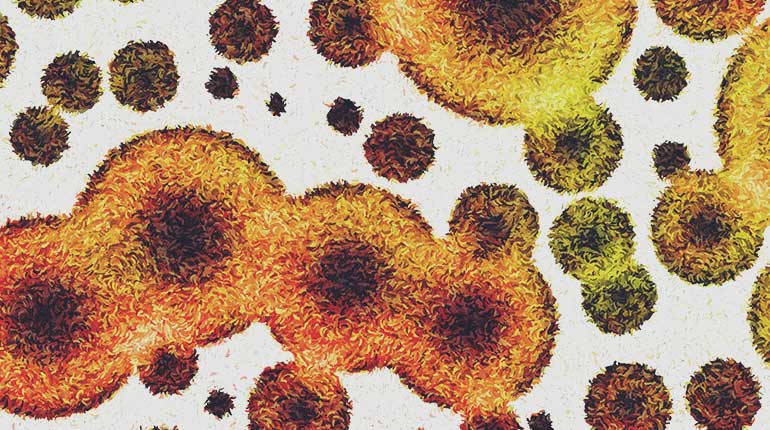 The word microbiome is describing the assortment of microbes and/or microorganisms that inhabit any given environment, essentially a contextual ecosystem of critters. Currently there is a great deal of content being created in the health and wellness sphere in relation to the human microbiome, which is full of symbiotic, commensal and pathogenic bacteria, as well as fungi and viruses. These microorganisms exist in unique clusters that can be found across various regions of the body from your skin to your mouth and butt (yes, butt). You have probably heard the term “gut flora” thrown around a great deal lately, this is referring to one group of these organisms found in your stomach. Some of this bacteria is mostly just along for the ride, a natural byproduct of living and breathing, but the majority have a complex and symbiotic relationship that affects much more of your overall wellness than has historically understood. To put it in perspective, less than 10 years ago, the species of bacteria identified as commonplace within the human body was around 200, now researchers are aware of more than 10,000 different microbial species that comprise our microbiome. THATS A BIG DIFFERENCE.

In response to the scientific advancements made in regards to our understanding of the human body, organizations like the Human Microbiome Project have been created to further those studies and begin to document the extremely complex relationships within our bodies and the effect external factors have on our overall health. It has also become a hot topic for conversation within wellness groups to understand how to monetize gut health and has led to the evolution of major industries like pre and probiotics, as well as a resurgence of ancient traditions such as fermentation and the almost obsessive consumption of bone broth. One thing is for certain, the makeup and overall health of your biome is critical in determining whether the pathogens naturally found within your body promote health and wellbeing, or cause disease.

Why do I really care, though?

Let’s start off with some words we’re all pretty familiar with in this day and age; cancer, inflammation, obesity, depression, anxiety, diabetes, IBS, autism. Every single one of these conditions has been linked back to the health and composition of your microbiome. And your microbiome composition starts at the earliest stages of life, beginning with your mother, the composition of her body as well as environmental factors rapidly building the foundation of the digestive tract of newborns. Milk also plays a huge part in the development of the microbiome, through the introduction of oligosaccharides, complex carbohydrates, which specifically feed certain bacterias critical to establishing intestinal health. Shortly after birth, a distinctive microbiome starts to assemble in their gut. Around the age of 3, when the child is mostly consuming solid foods, their microbiome begins to resemble that of a grown adult. There is also a vast difference in bacteria across individuals living in different regions of the world, with diet variance playing a large part of that as well.

The Western biome, which has been assaulted by our obsession with antibiotics, anti-bacterial everything, and processed foods, and environmental toxins, has a severe lack of biodiversity that could be responsible for the proliferation of so many infectious diseases and chronic illnesses. Gut bacteria also plays a large role in the manufacturing of substances like serotonin (a neurotransmitter), enzymes, vitamins B & K, amino acids, and short-chain fatty acids. Scientists refer to the services performed by these microbes as “ecosystem services” and outside of creating and cultivated the aforementioned substances, they also contribute to the immune system and metabolic systems that control stress and temperament, appetite and metabolism. These microbiomes can respond to any changes in environment (outside and inside your physical body) at an extremely quick rate, and are credited with allowing humans to evolve at the rate that we have in the past. Now, the greatest concern for the longevity and health of mankind across the world will be our ability to adapt and respond to a changing world, with a less diverse array of microbes than any other time in the existence of mankind. In other words – we need to start making more conscious choices to accommodate the proliferation of these bacterias or we will continue to see a rise in chronic illness and disease due to an overall weakened immune system. Here are some additional resources to further guide you on your path to understanding and optimizing your gut health!